Shot and chased by the police, Ghodrat flees to his former friend Seyed, who – meanwhile run down and addicted to heroin – lives together with the nightclub dancer Fati. While the two failed personalities recognize themselves as victims of social circumstances, a police squad approaches. Featuring the superstars Behrouz Vossoughi and Faramarz Gharibian in the lead roles, Kimiai’s drama could only be seen in a cut version for several years because of his anti-Shah allusions. “The Deer” regularly appears in the top ratings of Iranian cinema. The film was being screened on 19 August 1978 when the arson attack was made on “Cinema Rex”, when hundreds of viewers died.

Followed by a discussion with the audience! 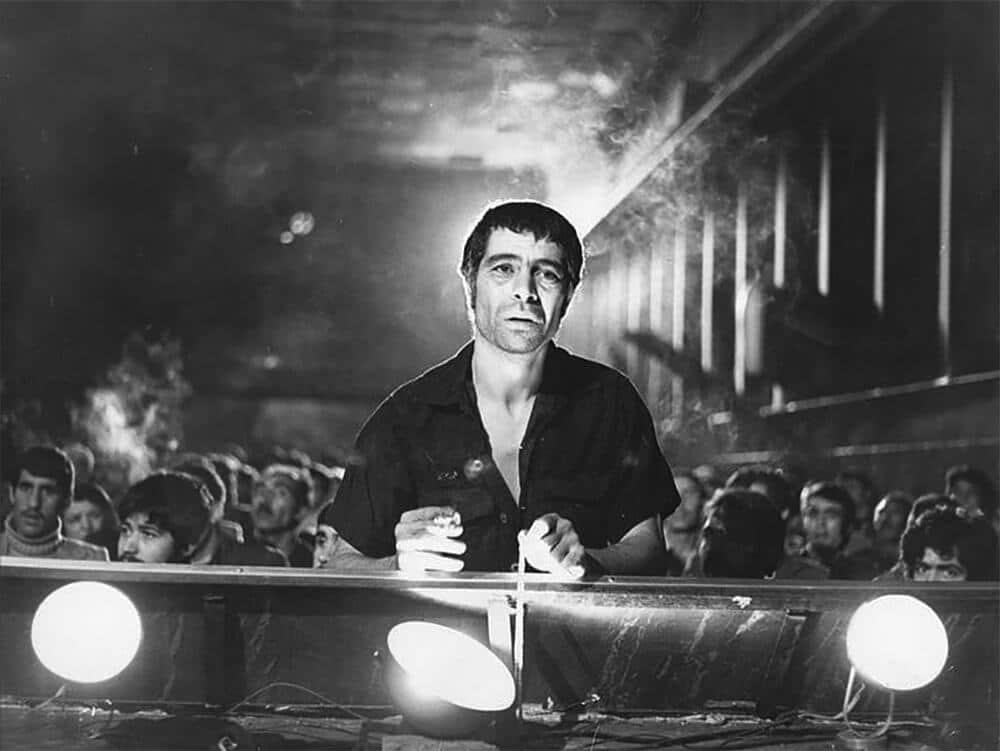 Massoud Kimiai (*1941 in Teheran)
In 1968 his revenge drama “Qaysar” depicted the working class for the first time in a cinematically appealing form. At the age of 27 Kimiai became the shooting star of Iranian cinema, which he shaped for more than two decades. Films such as “Reza motori” (1970) and “Dash akol” (1971) feature a dynamic, modern camera, while at the same time emphasizing the traditional values of the lower middle class: honor, loyalty, friendship and revenge.