Tehran, 2001: A magistrate is supposed to hear a female death row prisoner; to arouse his sympathy, his wife Fereshteh reveals to him her own “hidden” life story from the time of the revolution: As a student she is a member of a communist underground group and meets Rouzbeh, an older left-wing intellectual and newspaper editor. Against the backdrop of increasing persecution and raids, the two begin a romance that ends unhappily. “The Hidden Half” is one of the most important films by filmmaker Tahmineh Milani. Despite official permission, she was imprisoned and only released after two weeks following an international solidarity campaign, supported by Francis Ford Coppola and Martin Scorsese, among others. 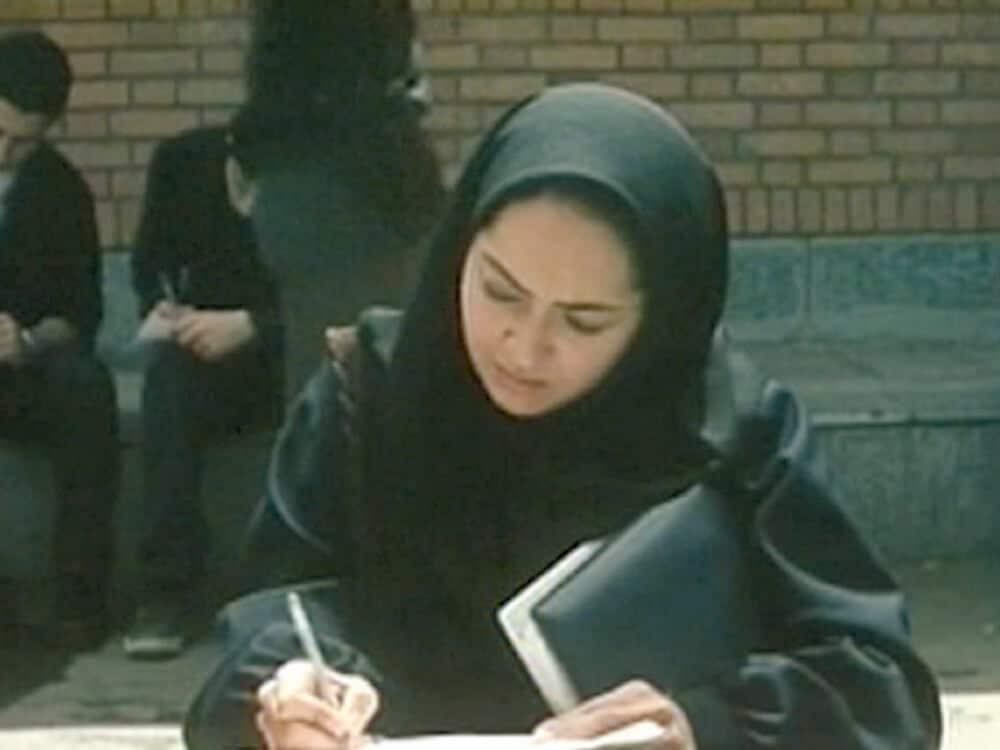 Tahmineh Milani (*1960 in Tabriz)
The graduated and self-employed architect came to the film scene after a script workshop and an apprenticeship as assistant director. Her debut “Children of Divorce” appeared in 1989. As one of the first post-revolutionary female filmmakers, Tahmineh Milani is extremely popular, partly because she addresses controversial and sensitive issues: The majority of her films are about courageous women who suffer oppression and discrimination. Because of her film “Hidden Half” she was accused of being “antirevolutionary” in 2001.