Pure “Direct Cinema”: Hossein Torabi films the events without knowing their outcome: Processions of mourning and jubilation, scenes after the fire in the “Cinema Rex” in Abadan, southern Iran, in which 377 viewers died; the famous interview with the Shah – shortly before his departure at Mehrabad Airport, followed by the acclaimed arrival and first speech by Ayatollah Khomeini; finally the graves of the martyrs of the revolution in Tehran’s large cemetery Behesht-e Zahra. Torabi and his cameramen film euphoric crowds and thoughtful revolutionaries, statesmen and members of various minorities such as Turkmen and Zoroastrians. An immensely important contemporary document! 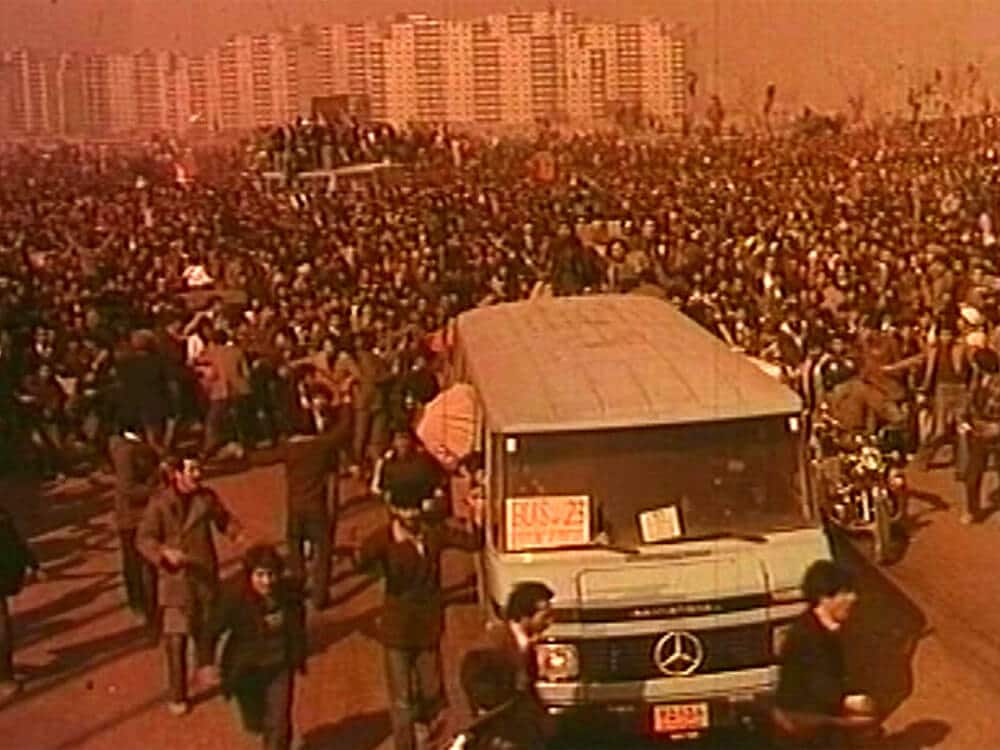 Hossein Torabi (*1936 in Sabzevar)
After graduating from the Faculty of Dramatic Arts and receiving an MA in Cultural Management from Farabi University, Hossein Torabi began his career with the short film “Sarcheshmeh Majles” at the Film Centre of the Ministry of Culture and Art. “For Freedom” is listed by Mark Cousins, a film critic at BFI London, as one of the 100 most important documentary films alongside works by Leni Riefenstahl and Michael Moore.