The Revolution at the Editing Table

Mohammad Reza Farzad deals with the effects and aftereffects of filmic images in an intensive editing process.

In “Into Thin Air” from 2008, he looks at an anonymous, almost one-minute recording of the massacre of 8 September 1978: During a curfew on the so-called “Bloody Friday” soldiers shoot at the people gathered on Jaleh Square in Tehran. Farzad focuses on a nameless passer-by, and asks about the identity of the victims and forms of political violence.

“Blames and Flames” approaches the situation of 1978/1979 from the perspective of cinema: Sophisticated Iranian films are censored in favor of foreign or cheaply produced films, and several cinemas are closed or burned down – almost 30 in Tehran, 130 nationwide (see “The Deer”). “Why cinema?” asks Farzad by looking at film footage from back then – interviews with passers–by, street scenes, excerpts from popular films – and reassembling it.

Followed by a discussion with the audience! 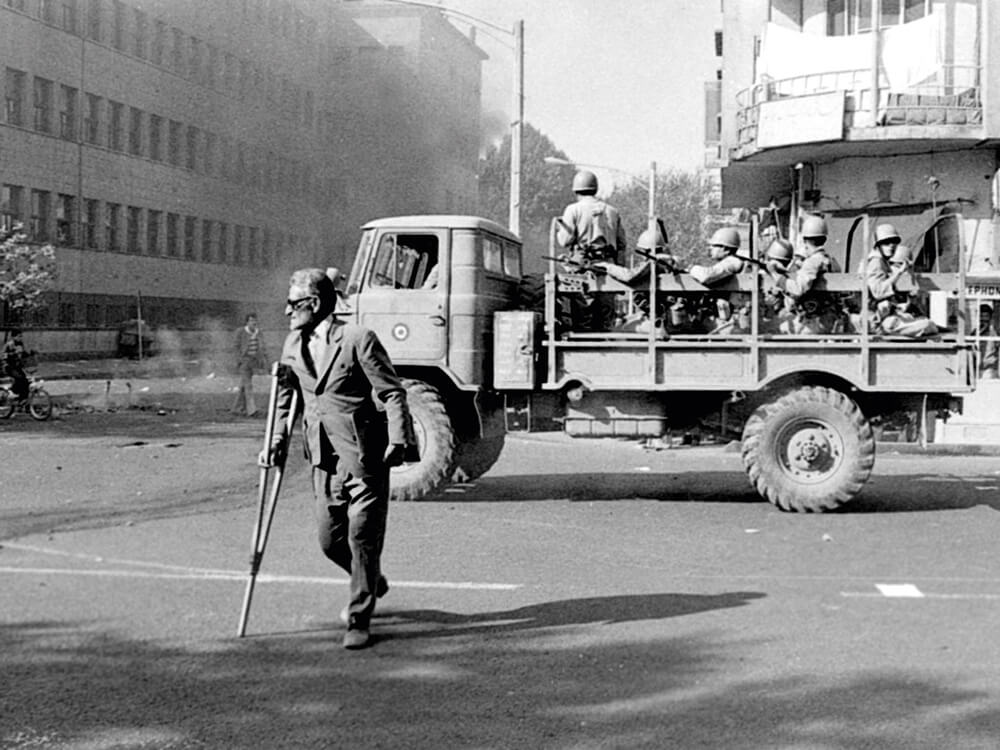 Mohammadreza Farzad (*1978) is one of the most distinguished Iranian documentary filmmakers; his films have been shown at the Berlinale several times. In an intensive editing process, Farzad deals with the effect and after-effect of cinematic images. He subjects short scenes, marginal figures, seemingly trivial things, family videos, and archive material to precise questioning, thereby revealing something new and surprising.