A group of students tries to stage a play, but the new school principal bans the performance and punishes Kaveh, the director. The rebellion of some high school students against school authority, staged by star director Mehrjui, was often interpreted at the time as an allegory of the revolution. The film was supported by “Kanoon”, the “Institute for the Intellectual Development of Children and Young Adults”, whose film department Abbas Kiarostami co-founded. 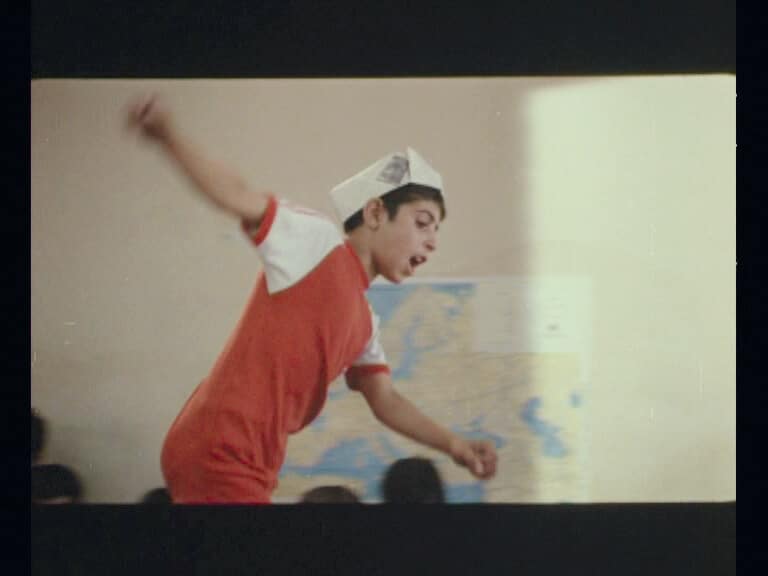 Dariush Mehrjui (*1939 in Tehran) bought a 35mm projector and two film reels at the age of 12 and paid the entrance fee. At 20 he moved to the USA, studied cinematography with Jean Renoir, but soon turned away from the studio system. After a degree in philosophy he returned to Iran, where he first filmed the James Bond parody “Diamond 33” (1966). “The Cow” (“Gaav”) was his artistic breakthrough and provided the impulse for the Iranian “Nouvelle Vague” (“Mouje Nou”). The rest is history: Today Mehrjui is one of the most productive Iranian auteur filmmakers.